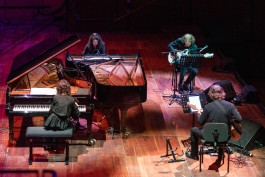 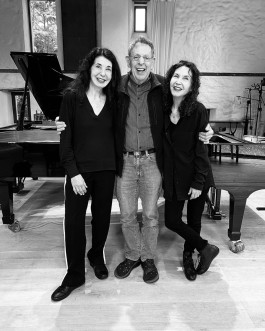 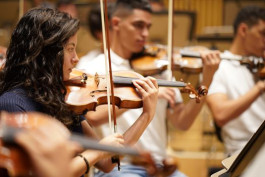 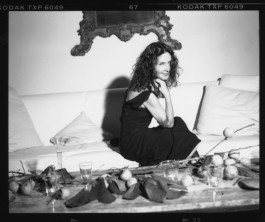 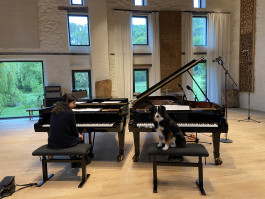 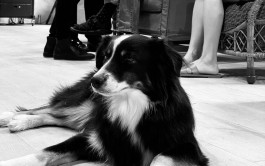 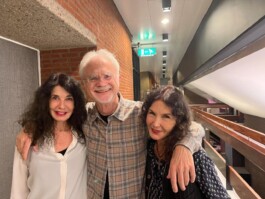 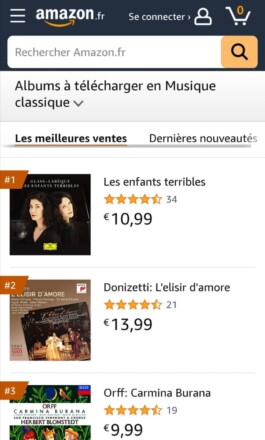 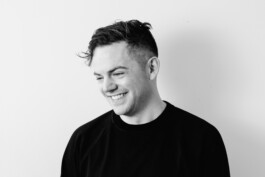 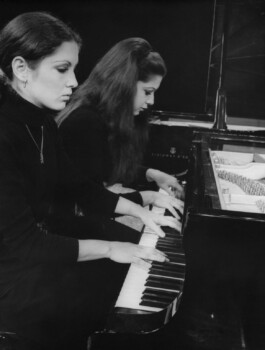 Minimalist Dream House will feature new works by American Caroline Shaw, David Lang, Timo Andres as well as by Bryce Dessner and David Chalmin. It also features a 2002 piece by Max Richter. The second half of the concert will be dedicated to the world premiere of Thom Yorke’s compositions for Katia & Marielle Labèque. Titled « Don’t Fear The Light », these pieces for two pianos, electronics and modular synthesizer are Yorke’s first compositions for classical music artists and concert halls.

Thom Yorke will appear and perform on stage with Katia & Marielle Labèque at the Philharmonie de Paris (7 April), Auditorium de Lyon (8 April), Barbican Centre London (9 April) and Elb Philharmonie (Hamburg), the four co-commissioners of the works. He will also perform a new song with the pianists to close the concert.

Thom Yorke announces debut broadcast of his first ever classical composition. It's premiering on BBC Radio 3. This weekend will see Thom Yorke debut the recording of his first ever classical composition, ‘Don’t Fear The Light’. The Radiohead frontman will premiere his new three-part work written for two pianos, electronics and modular synthesizer at 11pm on Sunday April 28 on BBC Radio 3’s new show Unclassified, hosted by Elizabeth Alker. 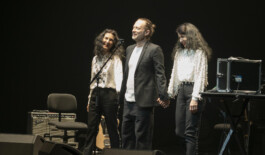 Katia And Marielle Labèque With The Berliner Philharmoniker And Semyon Bychkov

They are usually to be experienced together: the pianists Katia and Marielle Labèque have long been considered one of the most successful piano duos of our time. A “Captivating spirit” and “unbeatable precision” characterise their playing, wrote the Tagesspiegel following their debut with the Berliner Philharmoniker in February 1987. At that time they performed the brilliant concerto for two pianos by Francis Poulenc under the direction of Myung-Whun Chung. “Just the thing for a duo as special as the Labèque sisters,” rejoiced the critic of the Berliner Morgenpost. “A sensuous delight for the ear and eye, a triumph for the two French women who expressed their thanks for the unusually long ovation with three encores.”

In the following years, the sisters performed Poulenc’s superb Piano Concerto with the Berliner Philharmoniker on several occasions: they played it in two Philharmoniker concerts under the direction of Sir Simon Rattle in April 2002, at the 2004 Salzburg Festival, and at the 2005 Waldbühne Concert at which they also performed Camille Saint-Saëns’s Carnival of the Animals. At the time, they spoke enthusiastically about the orchestra in the Berliner Philharmoniker’s magazine: “It’s a great ensemble, yet the musicians play like a chamber orchestra; each one is with you, and they’re always better than you imagined.” The Labèques also enjoyed participating in unusual orchestral projects such as the education programme’s dance project MusicTANZ-Modern Times in December 2006 and the Late Night concert in December 2013, in which they shone in Osvaldo Golijov’s Nazareno, a composition they premiered in Paris in 2010 and presented in Berlin in a version specially arranged for the Late Night event. This season, together with Marielle’s husband, the conductor Semyon Bychkov, they join the Philharmoniker to present the rarely heard Concerto for Two Pianos by Max Bruch. Incidentally, in the same family grouping, the three of them appeared with the orchestra in 1989 for a performance of Mozart’s Piano Concerto in E flat major K. 365, and were acclaimed by the press for their “spirited interpretation”.

In this concert, conductor Semyon Bychkov and the famous piano duo Katia and Marielle Labèque make the case for a wonderful rarity: Max Bruch’s Concerto for Two Pianos which captivates with its sparkling virtuosity and a warm, orchestral sound reminiscent of Brahms. The other works of the evening were also inspired by Brahms: Antonín Dvořák’s Seventh Symphony and Detlev Glanert’s orchestral piece Weites Land.

"Dessner is exactly the kind of composer who personifies what might be next for classical music."
— Mark Swed, Los Angeles Times

Without doubt, Bryce Dessner is one of classical music's most modern and versatile composers. A hugely successful guitarist for The National, his classical career is equally distinguished, having written for some of the finest ensembles in Europe and the US. Last year he was the first person to guest-curate a weekend of music at the spectacular Elbphilharmonie in Hamburg.

Concerto for Two Pianos
Dessner is a close collaborator with many of the soloists for whom he writes; this year's new Concerto for Two Pianos is no exception. Katia and Marielle Labèque, who are renowned for their ensemble of synchronicity and energy, have just finished a European tour performing Dessner's El Chan. Now, Dessner has written a concerto for the sisters to be premiered by the London Philharmonic Orchestra under the baton of John Storgårds on April 13.

In between, guest conductor John Storgårds teams up with the world-famous Labèque sisters in something wholly new and surprising: a double piano concerto, written specially for the Labèques by Bryce Dessner, Golden Globe-nominated composer of the score for The Revenant. 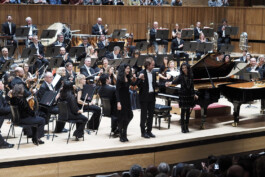 Pianists Katia and Marielle Labèque are the soloists in Mozart’s Double Concerto. The conductor is Andrés Orozco-Estrada, who is much in demand all over the world, and who will be making his debut at the Easter Festival. 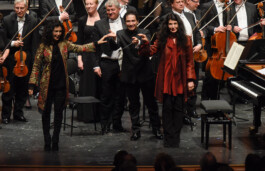 The Russian star conductor Semyon Bychkov regularly returns to the Royal Concertgebouw Orchestra as a guest conductor. He has a special bond with Dmitry Shostakovich’s moving symphonies, especially the Fifth, with which the composer managed to ingratiate himself once again with the Soviet apparatchiks. The premiere received an ovation lasting over half an hour. Semyon Bychkov says, ‘This music displays all manner of moods. After hearing this forty-five-minute work, you’ve lived a whole lifetime.’

Bychkov is also sharing the stage with the piano duo Katia and Marielle Labèque, his sister-in-law and wife respectively. For decades, the duo have set themselves apart with their exciting choice of repertoire. The ‘one-hit’ composer Max Bruch’s Violin Concerto is inevitably programmed these days. His Concerto for Two Pianos is no less romantic, but was long relegated to the shadows. Indeed, the reconstruction of the original score is akin to a detective story. 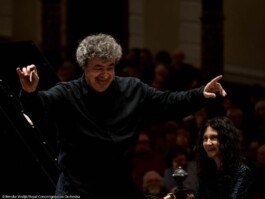