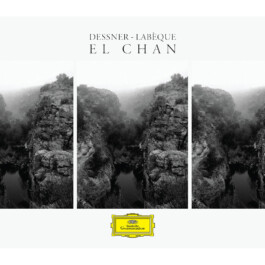 New album dedicated entirely to American composer Bryce Dessner, founder and guitarist of the rock band The National, including his Concerto for two pianos with Orchestre de Paris conducted by Matthias Pintscher The album also includes the work El Chan for two pianos, and Haven for two guitars and two pianos. The album is dedicated to the film director Alejandro Gonzalez Iñarritú (The Revenant, Babel...), who created the album cover artwork.⠀

“Dessner is an important composer with a developed technique and an intense emotional voice. He continues today as a major voice of his generation.”
—Steve Reich