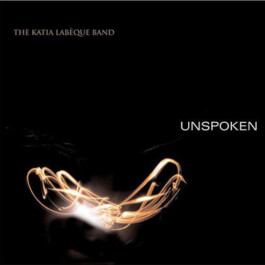 The following text was written especially for the forthcoming album recording: Unspoken by the Katia Labèque Band. It's author, Alessandro Baricco, is globally known for his highly acclaimed novels which include: Silk, City and Ocean Sea.

When I first started listening to the Katia Labeque Band, the thing that fascinated me was trying to understand where that music came from. As for those three, I knew more or less where they came from, but that wasnt much help. Their artistic biographies dont tell the whole story about the freedom they have obviously cultivated inside: both the pleasure of discovery and an instinctive feel for creative subversion. Above all, this is music that tends to cover its own tracks, making it hard to work your way back to the source, to some clearly identifiable point of departure. In short, an enigma. Every so often, some patch of jazz, or an echo of Schumann, would give me a breathing space, enabling me to make a temporary identification that would then promptly vanish into the acoustic landscape that followed. It was a stubborn enigma, which mocked my capacity to understand and left me suspended in an enchantment without a name.

Then I stopped wondering where it came from and, enthralled, I began to look at where it was going. In a sense, a very physical one, I began to watch it move, to observe the way it spontaneously developed, to listen to its strange way of becoming. Not a lot of music becomes this way: apparently anarchic, aimless, free to the point of blindness, always unpredictable. If this music has a path to follow, it is the path of its own freedom, and none other. You cant even say that in the end it attains anything, and this, in an age when artistic creations are only means for the attainment of ends, struck me as almost a gesture of rebellion perhaps that very gesture of rebellion for which a long time ago they coined the term: poetry. Apart from the pleasure of listening for me particularly bound up with the slower pieces, less cluttered in terms of rhythm and timbre I still react to this music with the satisfaction you feel when you find yourself in the presence of a lesson. I have learned to remember that the things we invent have a right to infinity and not merely a duty to matters like form and a certain rationality. It is a lesson that I accept with gratitude and, as far as I can, one that I will stubbornly defend.